This is a guest post from Tommy O'Shaughnessy, Head of Research at Clever Real Estate.

We’re still in the early days of the cannabis legalization movement, but one thing is already clear: where cannabis is legalized, jobs soon follow. And not just any jobs. These are lucrative, stable jobs that afford workers opportunities for advancement, and that lead, directly and indirectly, to stronger communities.

Employment opportunities in the cannabis industry are much more diverse than the familiar “budtender” role or the person getting their hands dirty in a cultivation. According to Trade-schools.net, an Edibles Chef commands a salary of up to $90,000, while a Master Grower can make over $120,000, plus bonuses. And in the era of the CBD craze, a Master Extractor can make over a quarter million a year.

Because cannabis is still banned on the federal level, some people still regard the industry as questionable. But cannabis has been legalized to some degree in over 30 states, and in those states, the cannabis industry is absolutely booming. According to a March 2019 study by analyst Bruce Barcott at Leafly, the cannabis industry has created 211,000 full time jobs across the United States, and more than 64,000 of those jobs were created in 2018. Other experts project that the cannabis industry will create nearly 284,000 total jobs by 2020.

From 2014 to 2019, cities that allowed retail dispensaries saw home values increase $22,888 more than cities where cannabis remained illegal, even after controlling for population and initial home values. A 2018 study by Conklin, Diop, and Li of the Cato Institute confirmed these findings, and also found that homes located in close proximity to dispensaries saw their values increase more that homes farther away. It’s not a reach to say that a lot of this demand is being driven by cannabis industry employees.

One interesting wrinkle we discovered was that medical marijuana had no real effect on home values. Homes in cities where only medical marijuana is legal increased at a similar rate to cities where cannabis is illegal. It appears that the bump in home values can be attributed to freer market conditions: Cannabis businesses want to set up shop where there’s the least amount of restrictive legislation.

So what’s the takeaway? The cannabis industry is growing faster than any other segment of the job market, and that growth is spilling over into cities and neighborhoods. But as in many things in life, half-measures don’t get the job done. To see the full economic benefits of the cannabis industry, states are going to have fully legalize it. 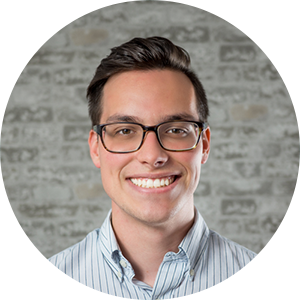 Tommy O’Shaughnessy is the Head of Research at Clever Real Estate, an online platform that connects home buyers and sellers with top-rated, full-service real estate agents for a fraction of the traditional 6% commission fee.